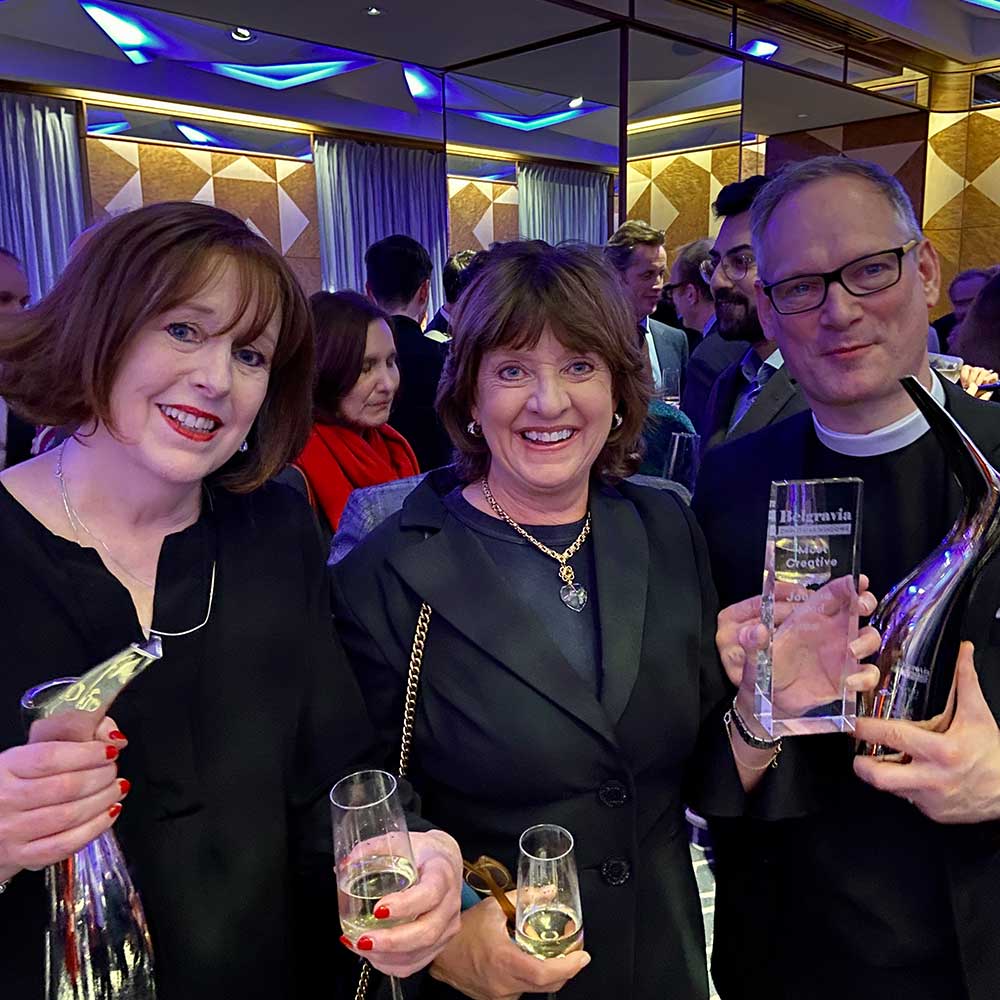 We’re thrilled to have won ‘Most Creative Window’ at the Belgravia Magazine Awards, hosted by Grosvenor at The Berkeley Hotel. Joanna is pictured here with Angela Hay who won ‘Charitable Champion Award’, The Rev Alan Gyle of St. Paul’s Knightsbridge who won the ‘Local Hero Award’ and Paolo Moschino, whose window won ‘Perennial Favourite’.

One of the most sought after luxury interior design companies in the world, with the design team based in Belgravia, London.